Empirical investigations in scientific literature have highlighted the differences between stakeholders' perceptions on the severity of a given drought phenomenon and on results out of scientific – technical evaluations. This means that there can be several perceptions over the phenomenon as well as different scientific models to be used in order to assess the drought's severity which itself does not consider such differences. Facing a drought phenomenon, stakeholders adopt different mental models to assess its severity, taking into account additional elements, other than just water availability and climatic conditions. At turn, this could have a strong negative impact on the effectiveness of
strategies for drought mitigation. In fact, if mitigation actions were selected without considering stakeholders' perceptions over the drought, then, the actions themselves would be considered as unsatisfactory by the stakeholders or, even worst, not acceptable at all. If the degree of acceptability was low, then stakeholders would strongly hamper the implementation of mitigation actions. Therefore, an in depth analysis of potential
conflicts and the definition of effective negotiation strategies should be useful. By this perspective, we propose a methodology based on a Fuzzy Cognitive Map (FCM) to support the elicitation and the analysis of stakeholders’ perceptions over the drought and the analysis of potential conflicts. The method has been applied to a drought management process in the area nearby the Trasimeno Lake (located in the Region of Umbria) in order to analyze potential conflict. 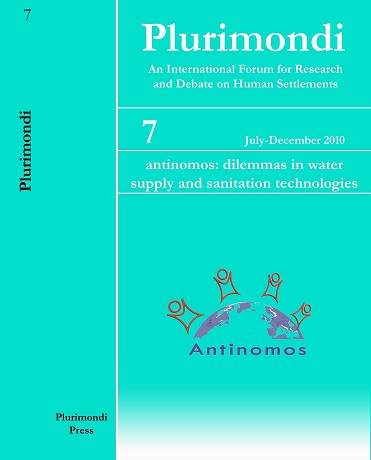