On the value of Fiorentino Sullo: 50 years after the political defeat of Italian planning reform

The “Sullo affair” has been an authentic, oft forgotten junction in the Italian post-war history,

To understand the value of Fiorentino Sullo’s proposal of planning reform is to fully grasp the profound impact the enactment of the reform would have had, and the profound impact its political defeat has had, not only on urban planning and on urban and territorial dynamics, but more in general on the economic, social and even cultural constitution of the country.

In a short detour I first briefly cast the relevance of Sullo’s proposal in relation to more general ethical, political and cultural implications and consequences of private appropriation of urban rent. Then, I attempt to estimate the value of urban rent that could have been captured by the public (by municipalities), if a scheme à la Sullo Bill had been enacted into law at the beginning of the 1960s. I do that by approximately and coarsely reconstructing the value of the overall urban rent produced in Italy since 1961 through new residential urban developments.

A counterfactual reconstruction of such a key economic aggregate is a desperate endeavour, and even if I adopted a scarcely plausible ceteris paribus hypothesis in my estimations, I find the results still of some interest, if anything to roughly behold the fraction of national wealth generated by urban development which has flown to the land owners, for the most part.

It’s huge. To imagine what Italian cities could have become with resources of such an order of magnitude – to fund the public city, the right to housing, services, transportation, urban maintenance – helps us a little to imagine what could have been the “value of Sullo”. 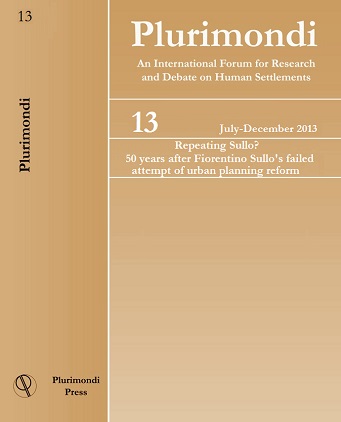